Disneyland Paris opened its doors on April 12, 1992. And every 5 years this milestone is celebrated. Where the 25th anniversary saw a new parade, new fireworks, several shows, and an amazing day full of experiences on the 12th, the 30th was a little bit more laidback. This was also partially due to what happened in the last two years. However, the day itself was just as magical as it could be. 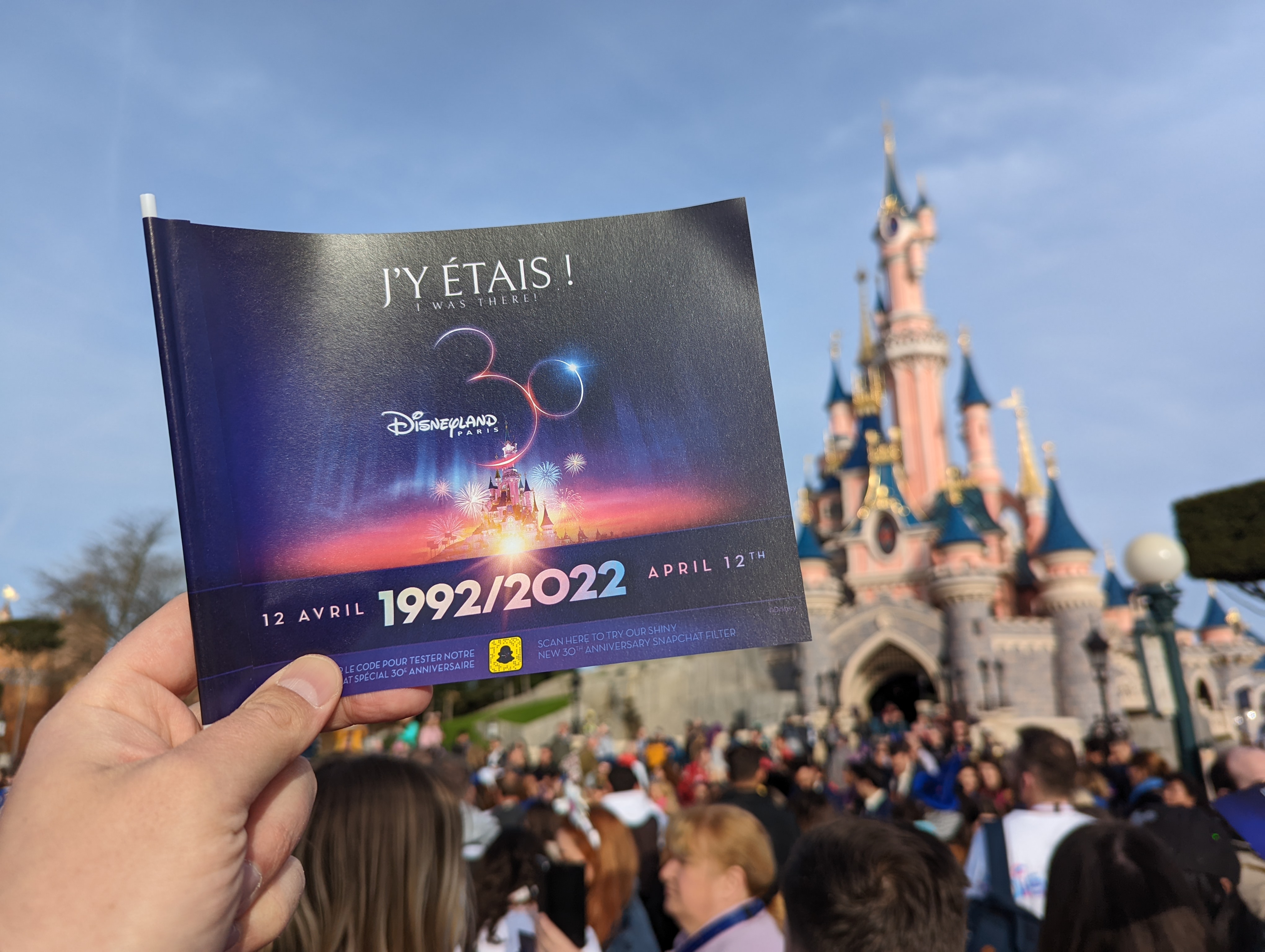 The magical moment of the 30th Anniversary took place just at park opening. As soon as we walked through the turnstiles, we were offered the special 30th Anniversary Park Program, and a flag with “I was there” on it. When we walked underneath Main Street Station, we saw that thousands of Cast Members were lined up along Town Square, Main Street USA, and Central Plaza. We could also hear “Un Monde qui s’illumine” over the speakers.

Once we started our walk down Main Street USA, we really felt special. CMs were cheering us on. We were VIPs! Even though we came to celebrate the anniversary with the CMs and the resort, this was more CMs celebrating that we were there. Truly a magical feeling! 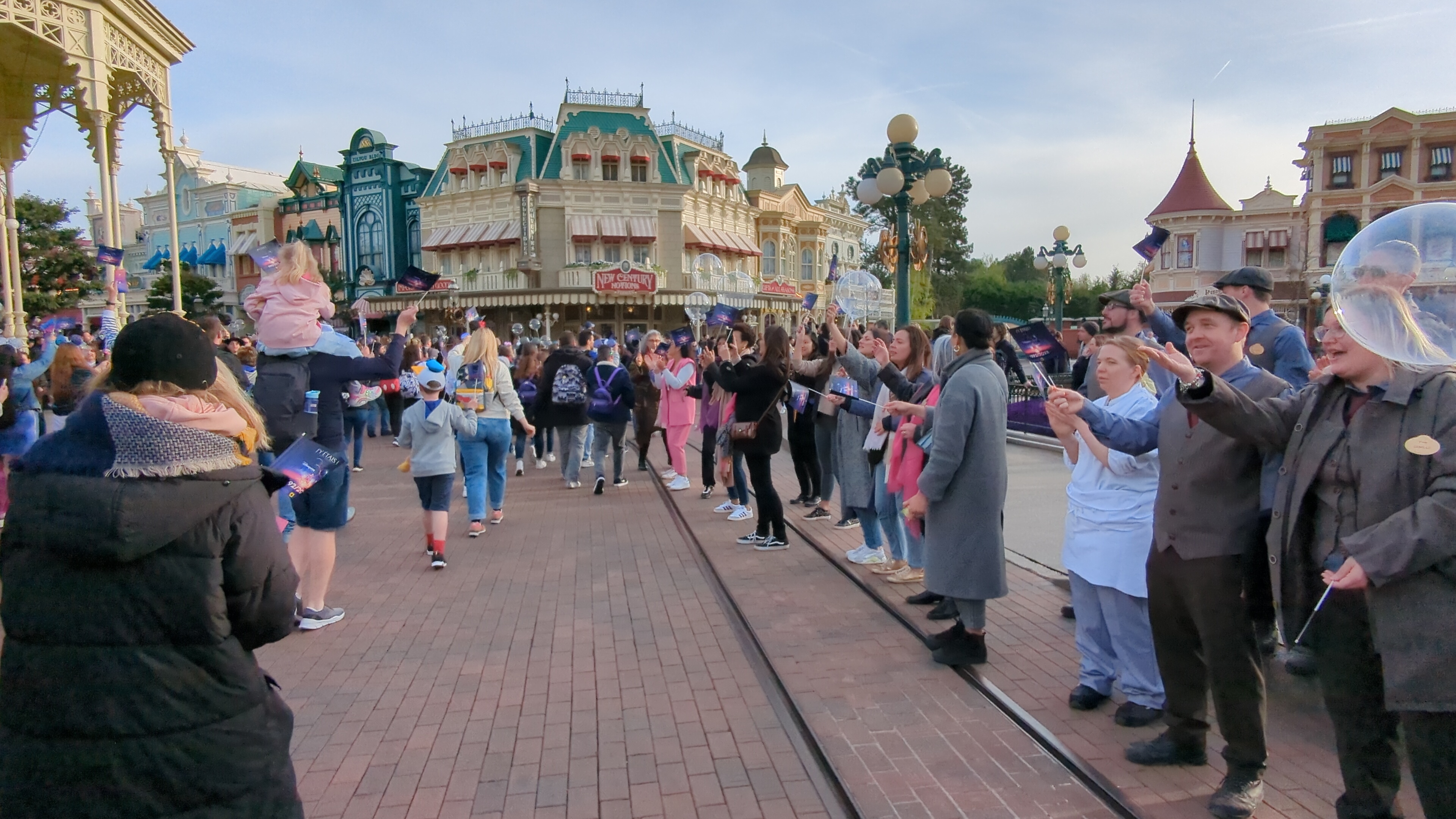 When we got to Central Plaza, we took the moment in a bit more after which we stepped out of the celebrations and walked to the shops. The resort also had some of the special 30th Anniversary merch that went on sale the day itself. During the day there were two flash mobs, in which the ambassadors led guests on Central Plaza while they danced to “Un Monde qui s’illumine”, but as we were not near Central Plaza, we skipped on those.

While tons of fans came to expect an anniversary celebration like the 25th, the 30th was a little different. And even though it was made known that there was nothing else to expect, some guests still hoped for more. For us, this was a great day. The feeling we got when we walked into the park was amazing. And being able to celebrate the special day while at the resort is just as special as it can get.

NOTE: We had the opportunity on April 12, to attend the Imagineer Panel, and to interview Natacha Rafalski and Daniel Delcourt. These experiences were not available to guests, and as such have been kept out of this ‘review’ of the celebrations.