Mirabel made her debut at Magic Kingdom Park

Mirabel from Walt Disney Animation Studios’ hit film “Encanto” made her debut on June 26, 2022, at Magic Kingdom Park at Walt Disney World Resort in Lake Buena Vista, Fla. She will be featured in the “Disney Adventure Friends Cavalcade!” which winds its way through the park several times each day. 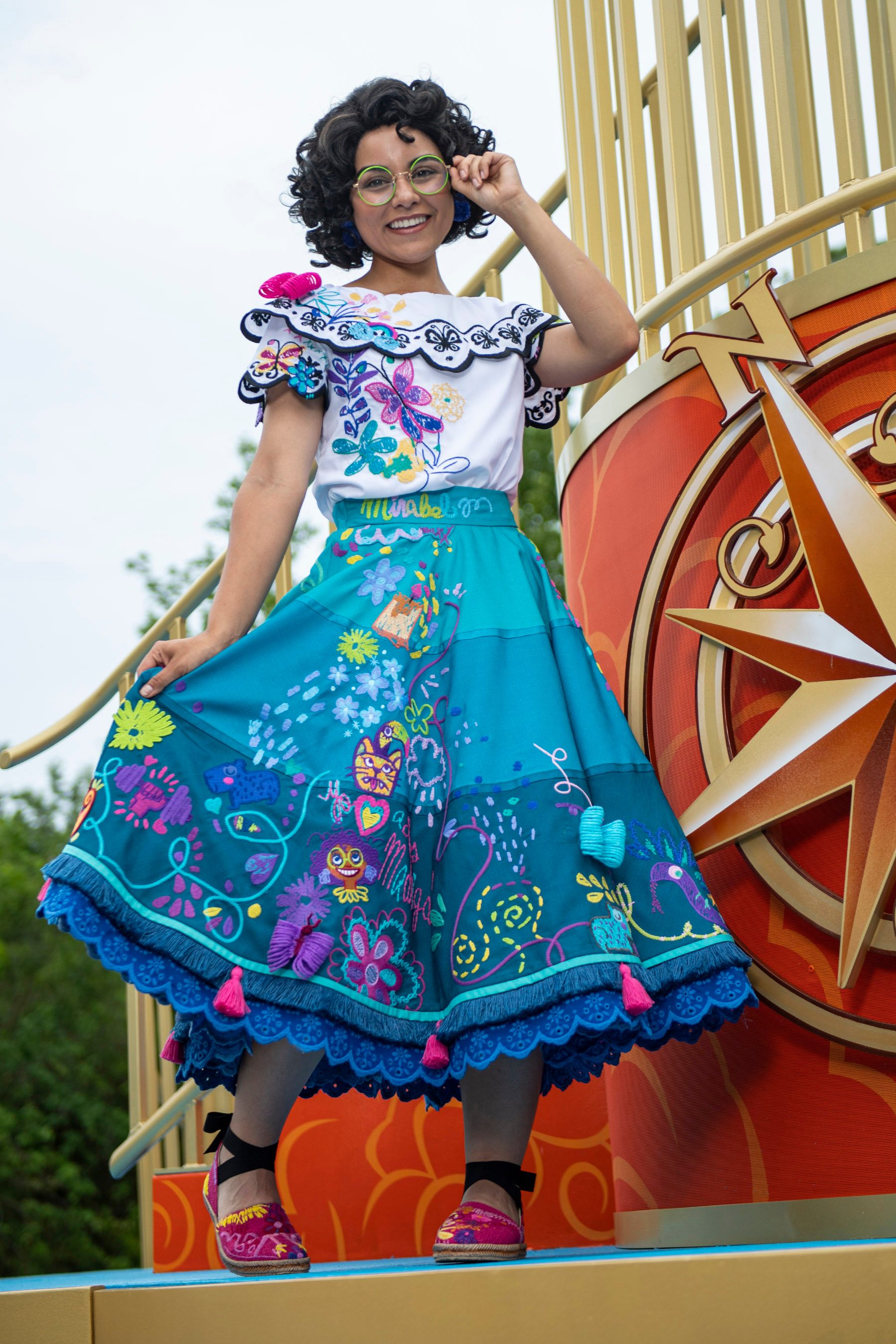 This super-sized cavalcade features nearly 30 Disney and Pixar friends, including Miguel from “Coco,” Nick and Judy from “Zootopia,” Baloo and King Louie from “The Jungle Book,” and Princess Elena, Merida, Moana, The Incredibles, and more. The “Disney Adventure Friends Cavalcade!” is part of a growing line-up of new and returning magical entertainment at Magic Kingdom Park during the Walt Disney World 50th Anniversary celebration.