Shanghai Disney Resort today announced that a brand new in-park live theater show, Mickey’s Storybook Adventure, will debut at the Walt Disney Grand Theatre on June 15. Set to open to Shanghai Disneyland park guests on June 16, the 5th Anniversary of the resort’s Grand Opening, this dazzling show is the latest in a long line of new experiences added to the resort over the last five years. 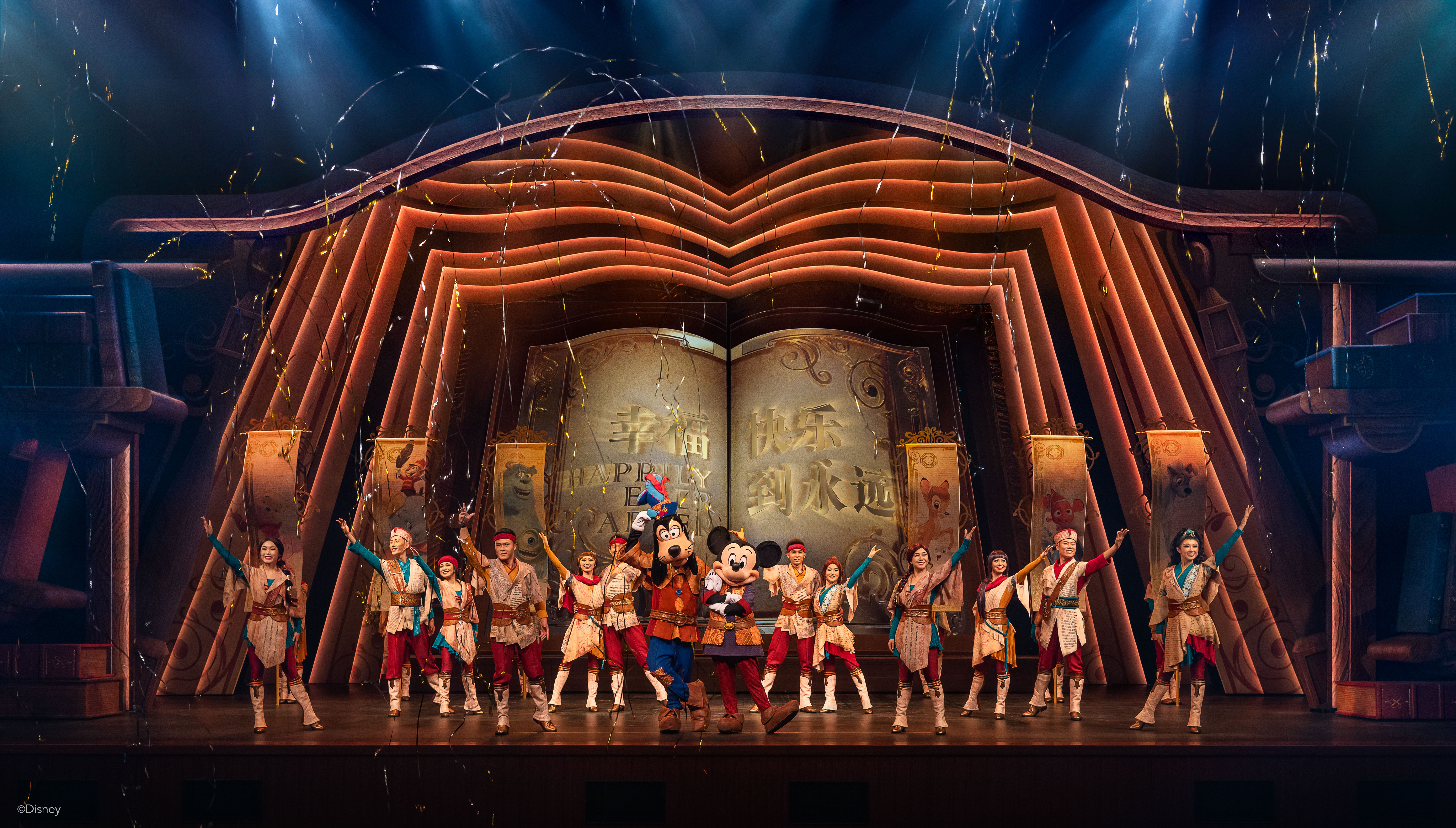 Featuring one of the largest numbers of on-stage performers of any indoor entertainment show at Shanghai Disneyland and utilizing state-of-the-art technologies, as well as classic Disney storytelling, the new theatrical show will fully immerse guests in the emotion and fun of Disney stories and characters with a unique combination of music, live performances, animation, and beautiful transformative scenery.

“Since we first opened our doors to the public on June 16, 2016, we have constantly strived to expand and enhance our guest offerings, ensuring that there is always something new to experience with each visit to Shanghai Disneyland,” said Joe Schott, President and General Manager, Shanghai Disney Resort. “With today’s announcement, we are thrilled to introduce one of our most exciting in-park entertainment offerings to date, featuring some of our most beloved stories brought to life in a magical new way.”

An ambitious theatrical show unlike any other ever seen at Shanghai Disney Resort, Mickey’s Storybook Adventure features a cast of 23 live vocalists, characters, dancers, and musicians. Delivering enchanted fun and entertainment for the whole family to enjoy, the show features ten Disney songs, fabulous set designs, vivid projected backgrounds, elaborate costumes and lighting, and exciting dance arrangements, as part of a breathtaking 28-minute performance designed to transport guests into an immersive world of magic and adventure. 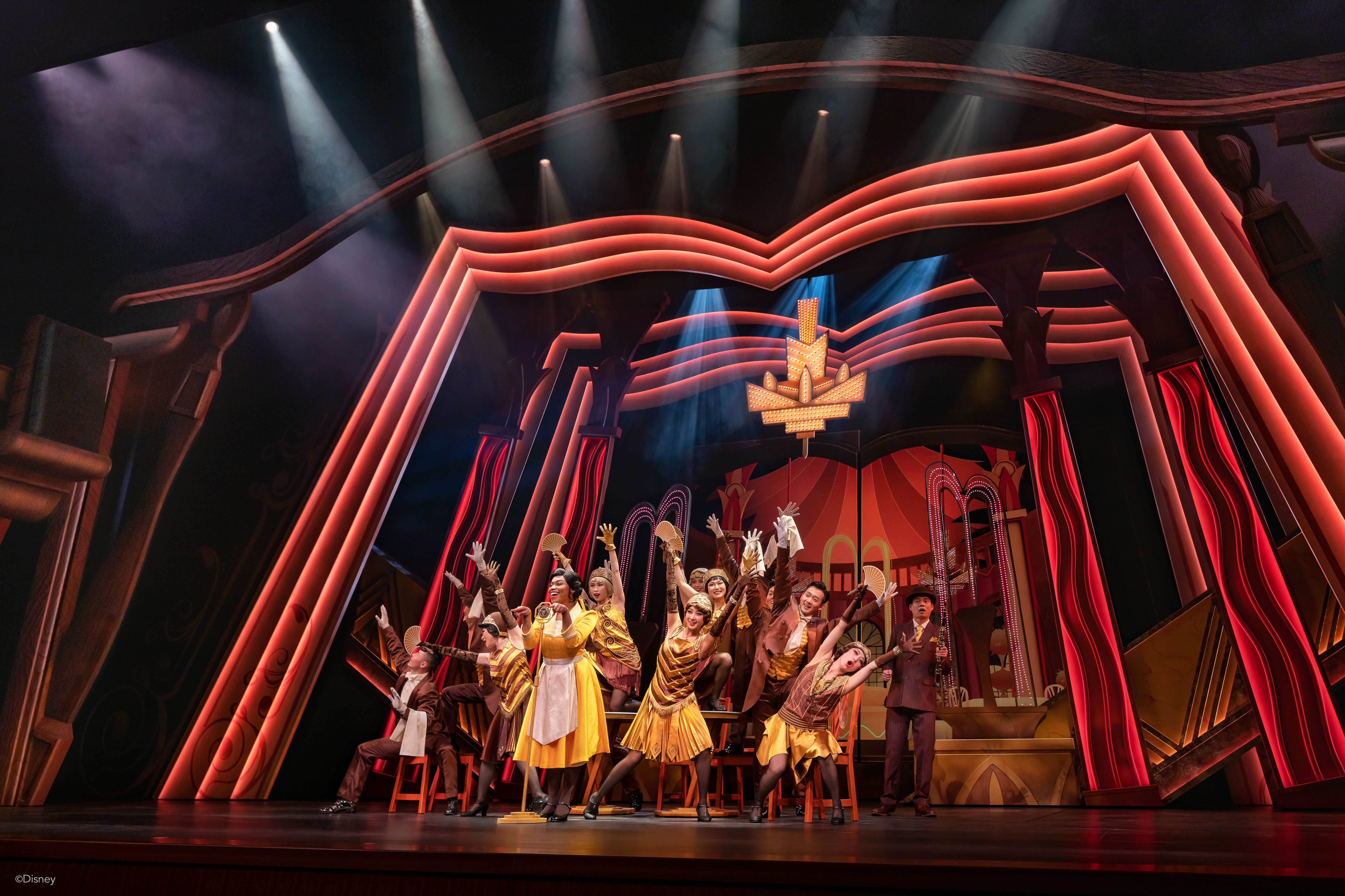 “We couldn’t be more excited to share this stunning stage show with our guests and hope that they will enjoy every aspect of the production, from the songs and storytelling to the spectacular visuals and intricate details,” said Michael Jung, Executive Theatrical Development, Disney Live Entertainment. “With a wealth of incredible stage designs, amazing costumes, much-loved music, and a talented cast and crew, this new Broadway-caliber show is the latest example of the world-class live entertainment experiences that Disney consistently delivers to guests and fans around the world.”

An Elaborate Intertwining of Classic and New Disney Stories

For the first time at Shanghai Disney Resort, 23 beloved Disney Characters from 13 classic and modern Disney stories will be brought to life on a stage that features a fantastical, magical library where a giant storybook of Disney adventures is kept. The in-park show, which ties together several different musical production moments, focuses on Mickey Mouse and Goofy, who suddenly face a curious conundrum when Mickey accidentally dislodges Olaf, the warm-hug-loving snowman from Walt Disney Animation Studios’ Frozen, from within the storybook. As the three set off on an adventure to return Olaf to his section of the book, characters from beloved Disney films, including The Jungle Book, Moana, Mulan, Rapunzel, Zootopia, Princess, and the Frog, Frozen, and more, will come to life before guests’ eyes, inviting the audience to unleash the book’s magic and embark on a quest of curiosity and innocence. With each turn of the storybook’s page, a new musical number will be revealed, teaching guests the valuable lesson that the journey of our lives is a story in and of itself. 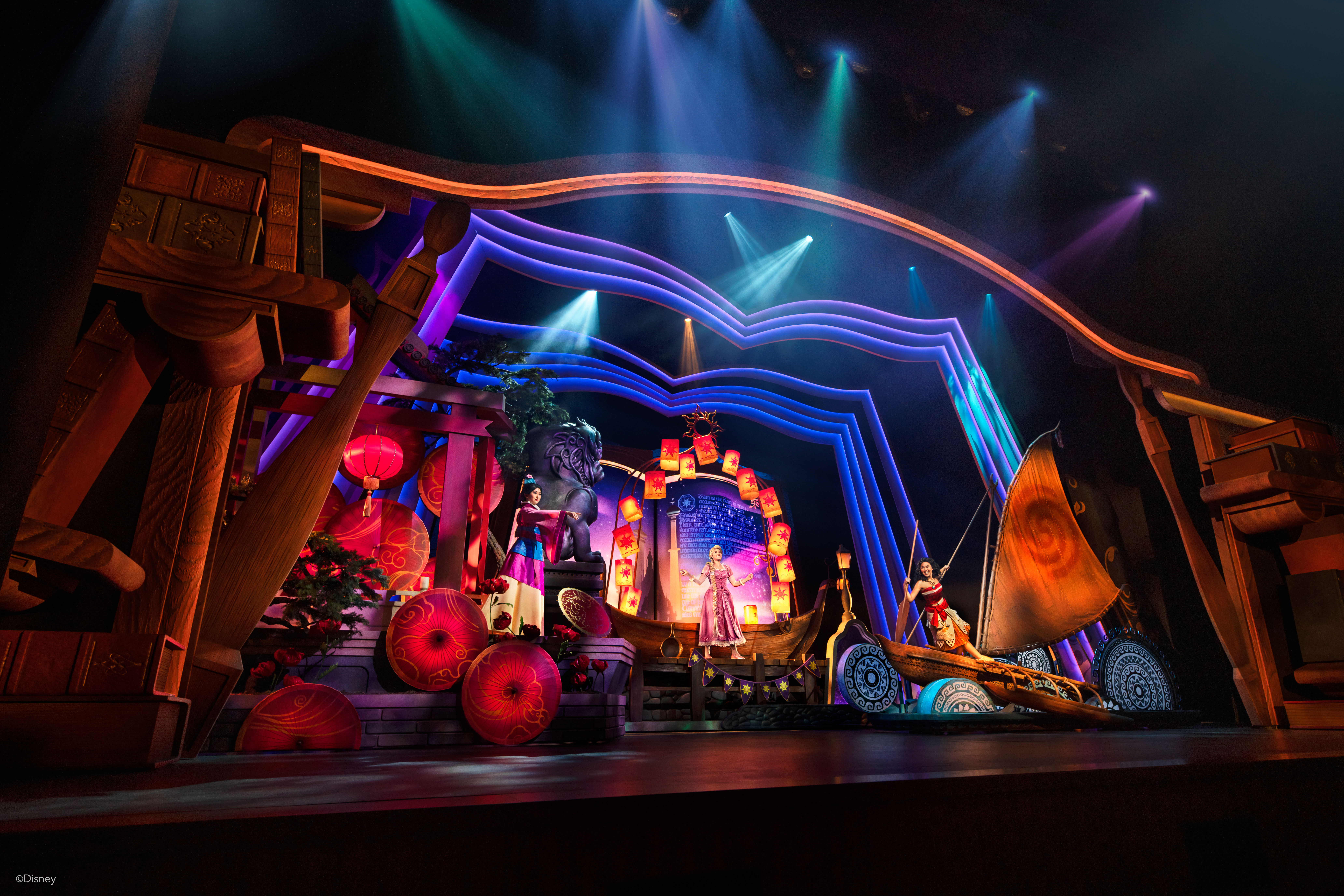 The extravagant musical production is a breathtaking combination of classic Disney storytelling and innovative virtual and physical technologies, highlighting the very best of Disney to elevate the resort’s in-park offerings. Guests will find themselves drawn in as each world comes to life before their eyes and ears with fascinating genres, styles, and tempos! Guests should also keep an eye out for all the amazing details hidden throughout the show that are sure to keep returning visitors captivated and entertained for years to come. For example, look out for the Olaf-shaped ice cubes in Olaf’s drink.

The new show will premiere at a special anniversary celebration event on June 15 for guests, followed by a celebration ceremony on the castle stage. Then, on June 16, Shanghai Disney Resort will celebrate its milestone birthday, officially opening the in-park entrance to The Walt Disney Grand Theatre and allowing park guests to experience Mickey’s Storybook Adventure for the very first time.