Ahead of the 20th Anniversary of Tokyo DisneySea on September 4, the resort has revealed the new outfits that Mickey and Minnie will wear during the celebration. 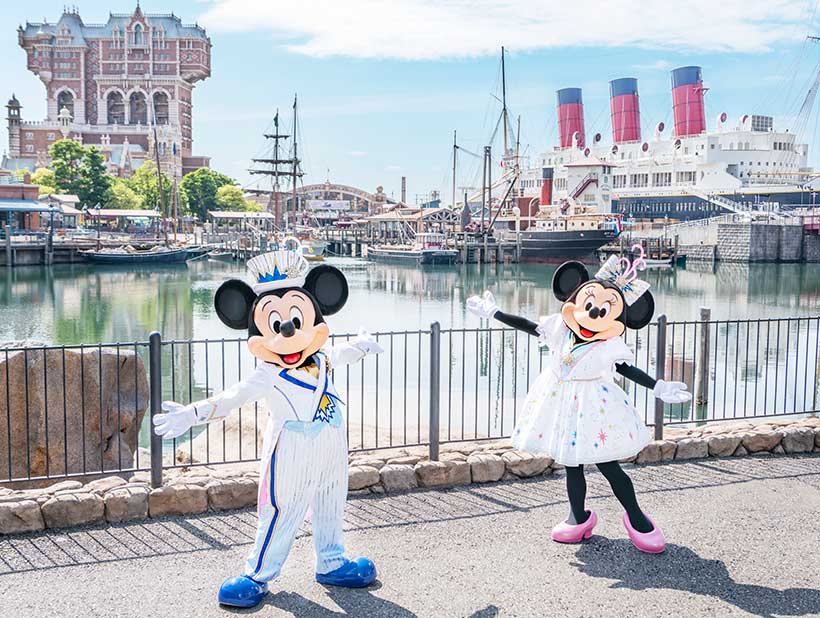 The new costumes are specially made for the 20th Anniversary and can be seen during  Mickey & Friends Harbor Greeting ‘Time to Shine!’ Dressed in sparkling costumes themed to the anniversary, Mickey Mouse and his friends will greet guests from aboard a boat decorated with the anniversary logo. The Disney friends will invite the guests to chant to the new music and celebrate the 20th anniversary together.