‘Finding Nemo: The Big Blue… and Beyond!’ debut June 13 at Animal Kingdom

The big blue world beckons once again as “Finding Nemo: The Big Blue… and Beyond!” debuts on June 13 at Disney’s Animal Kingdom Theme Park. The freshly reimagined return of this popular stage show invites guests into the undersea setting that charmed audiences around the world in the Disney and Pixar smash-hit animated film, “Finding Nemo.” 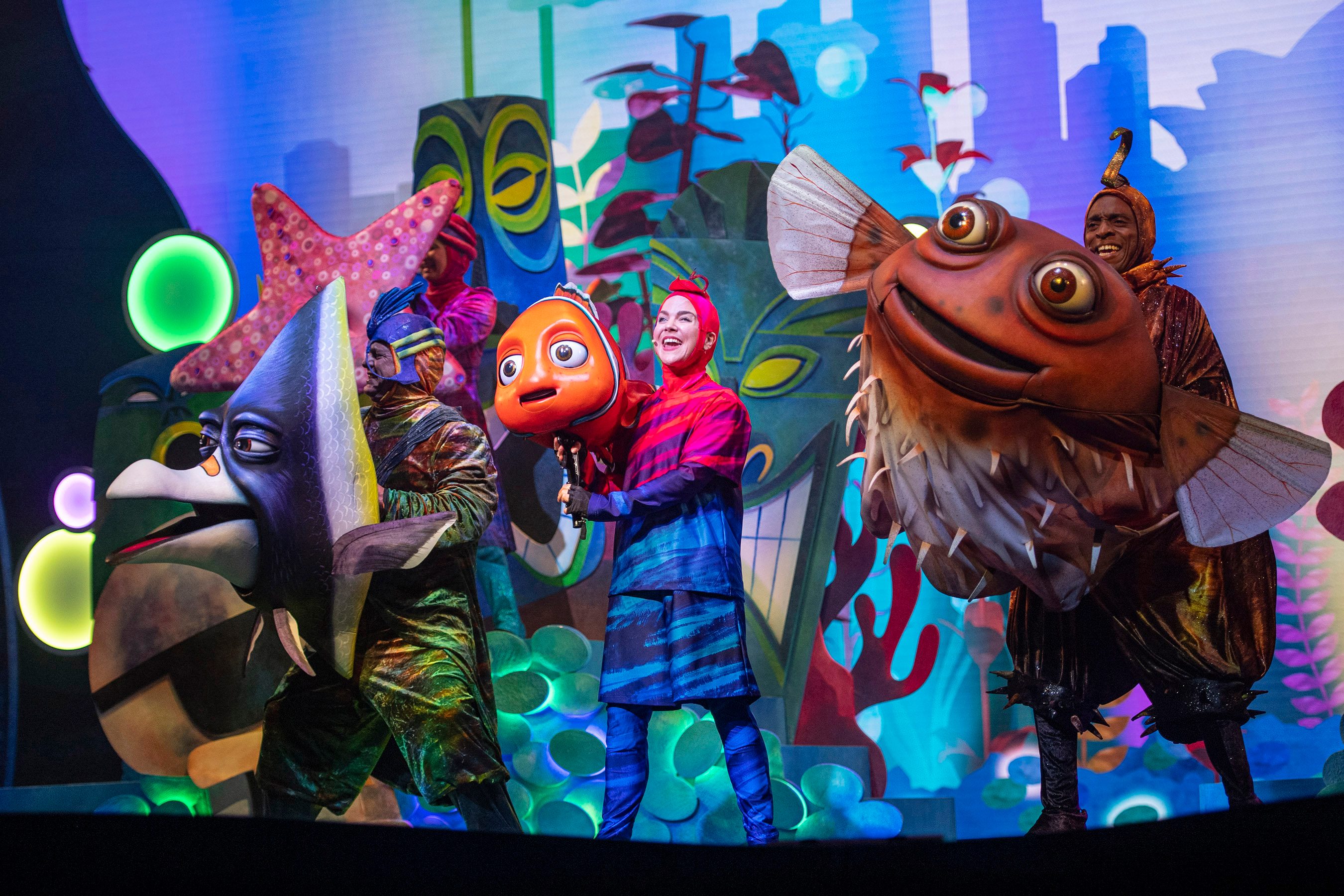 The fully updated, 25-minute show immerses audiences in the story of Marlin and Nemo – an overprotective clownfish father and his curious son – through a dazzling production that combines music, puppets, dancers, and animated backdrops. “This show incorporates many of the songs from the original musical, as well as amazing puppetry and lives performers that fill the stage,” said show director James Silson, Disney Live Entertainment.

A Whale of a Tale

This underwater adventure is a reimagined retelling of Disney and Pixar’s “Finding Nemo: The Musical,” which debuted at the theme park in 2007 and ran for more than 13 years. As in the original production, Marlin and Nemo each go on a separate journey that ultimately teaches them how to love and understand each other better. Except in this algae-friendly adaptation of that beloved tale, the storytellers are a group of fish living at the Marine Life Institute.

The 1,500-seat Theater in the Wild transports guests to an undersea world through innovative special effects, sound, and lighting, and the theatrical puppetry of Michael Curry, who co-designed the richly detailed character puppets seen in Broadway version of Disney’s “The Lion King.” Main characters such as Marlin, Nemo, and Dory are represented by live performers operating animated puppets. Some puppets are larger-than-life – such as Crush, the cool sea turtle, who is nearly the size of a car. 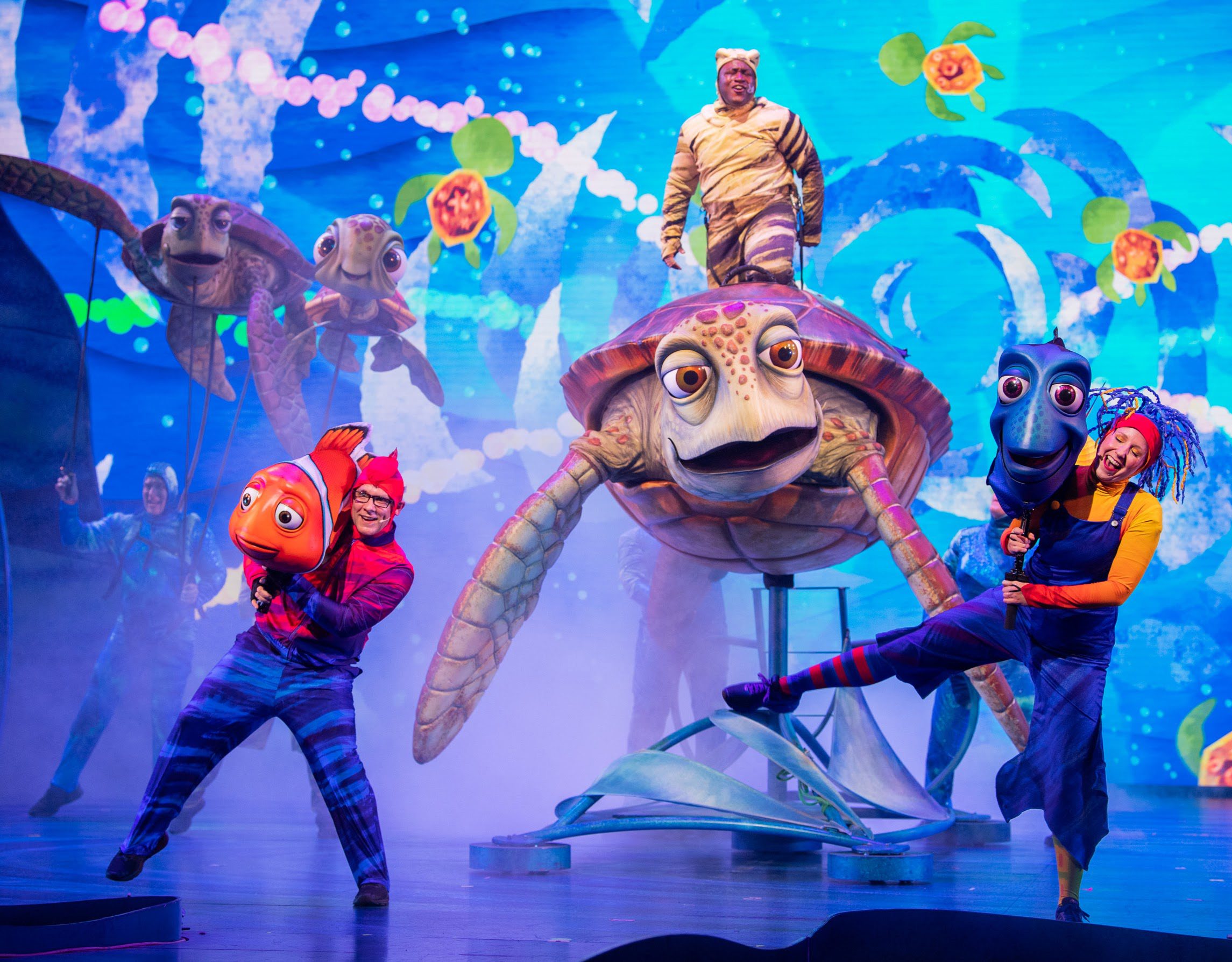 In addition to a new script, the show features new set pieces and a custom LED video wall that visually extends the physical sets on stage – including a 32-foot-long sunken submarine. “We’ve taken a new approach to the set for ‘Finding Nemo: The Big Blue… and Beyond!’,” said art director Matt Fiuza, Disney Live Entertainment. “We were inspired by 3D cut paper art and sculptures as we developed the scenic in the show. Our team had such an exciting time looking at our tank set through this brand-new lens of this watercolor sculpture aesthetic.”

“Finding Nemo: The Big Blue… and Beyond!” will be performed multiple times daily at Theater in the Wild at Disney’s Animal Kingdom Theme Park.