Facts about World of Color

“World of Color” at Disney California Adventure Park brings animation to life with powerful fountains that create an immense screen of water. Combining music, fire, fog, and laser effects with memorable animated sequences, this nighttime spectacular floods the senses and immerses audiences in some favorite Disney and Pixar stories, including scenes like WALL-E and Eve zipping through the cosmos, Pocahontas exploring just around the river bend and Jack Sparrow battling on the sea. 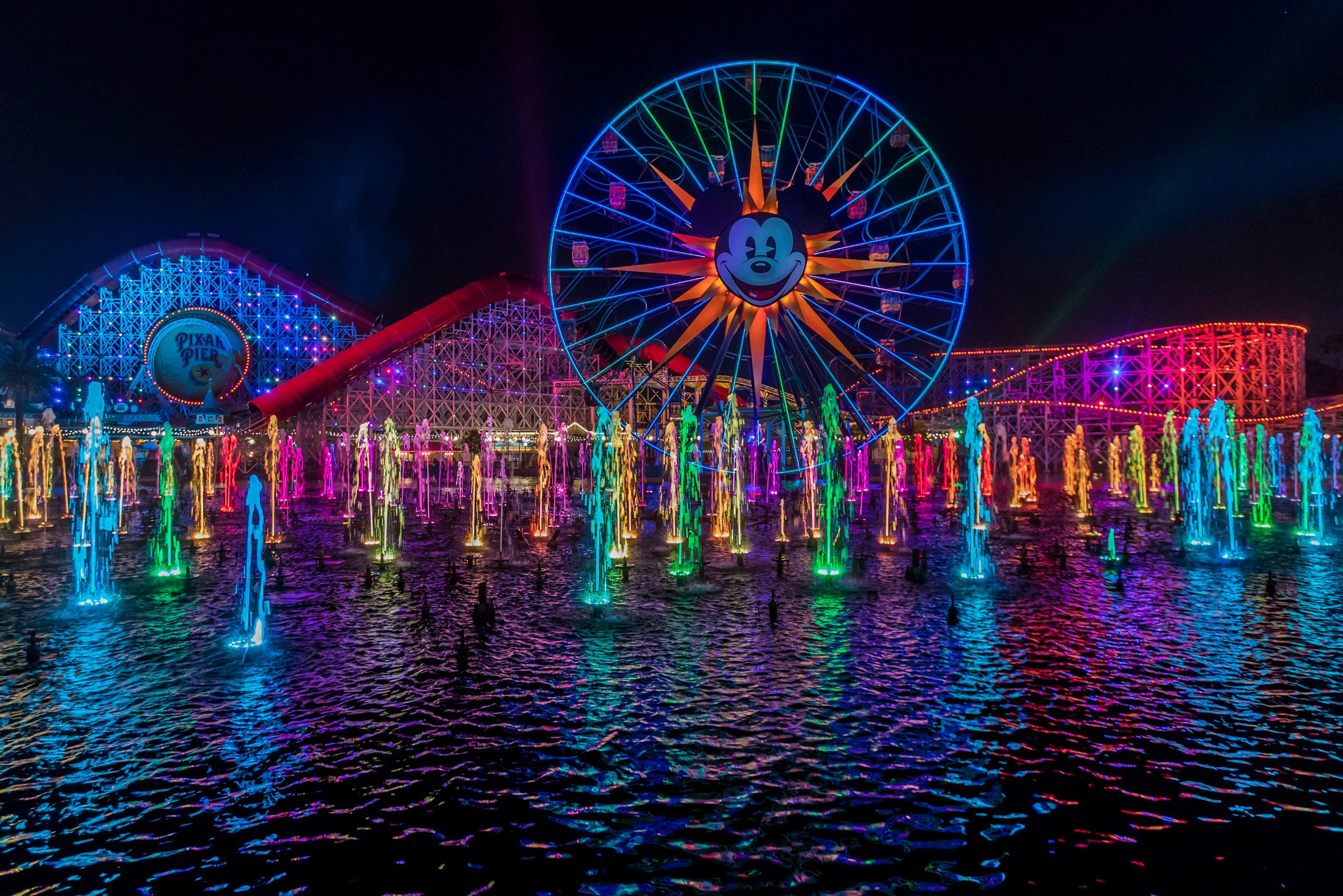 Here’s a closer look at the history, storytelling, and technology behind the show:

Inspired by “Your host, Walt Disney.”